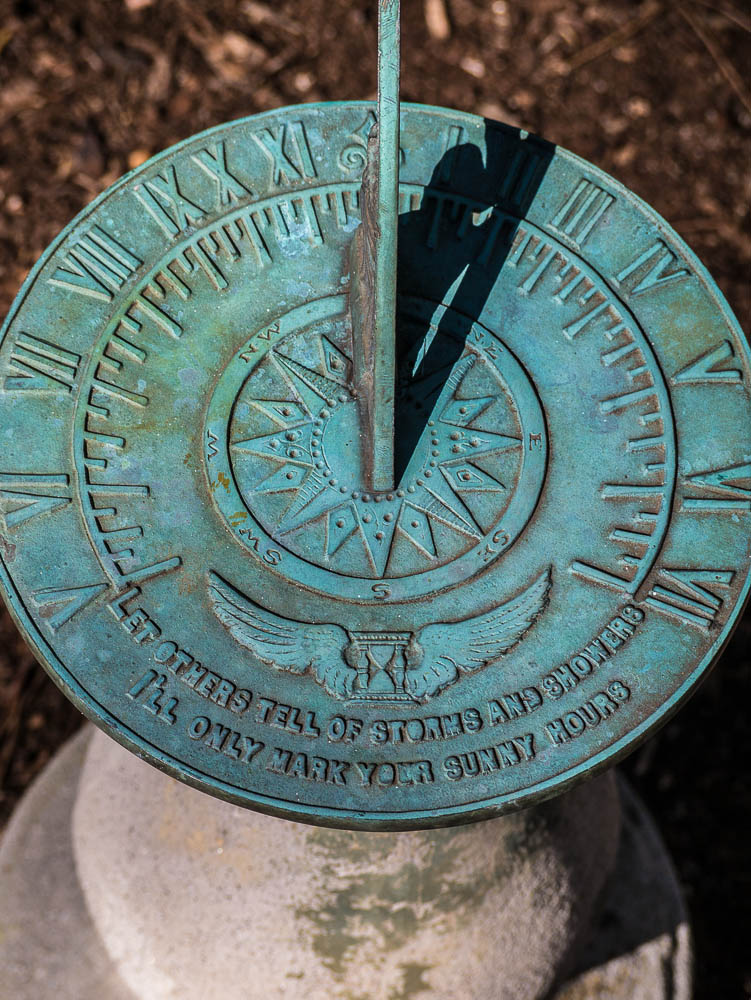 The inscription on this sundial I saw in a small flower garden next to a local real estate company’s office in Martinsville, VA reads, ” Let others tell of storms and showers, I’ll only mark your sunny hours.” I did not see that inscription until after I had downloaded the photo on my computer for processing. After reading it I focused on the last two words…”sunny hours.” Too many people tend to focus on what’s not right with their lives, and overlook all the many blessings they may have received. Positive thinking is important…I know this to be true because over the past many months I spent far too much time on negative things and not enough on what I have to be thankful for. Like the shadow on this sundial’s face, time moves forward…never backward. Best to think positive…all the time.

For those interested technically, I used a Panasonic Lumix GX1 micro four thirds camera for this image, with 45-200mm lens attached. Using a telephoto lens for a close up like this allows you blur the background so as not to detract from the main subject. I have pretty much stopped using my much larger Nikon DSLR camera gear. Had I not done so, with a similar lens attached, I would have been carrying six pounds versus less than a half pound. Same results would have been achieved, but my body is very grateful for the switch!