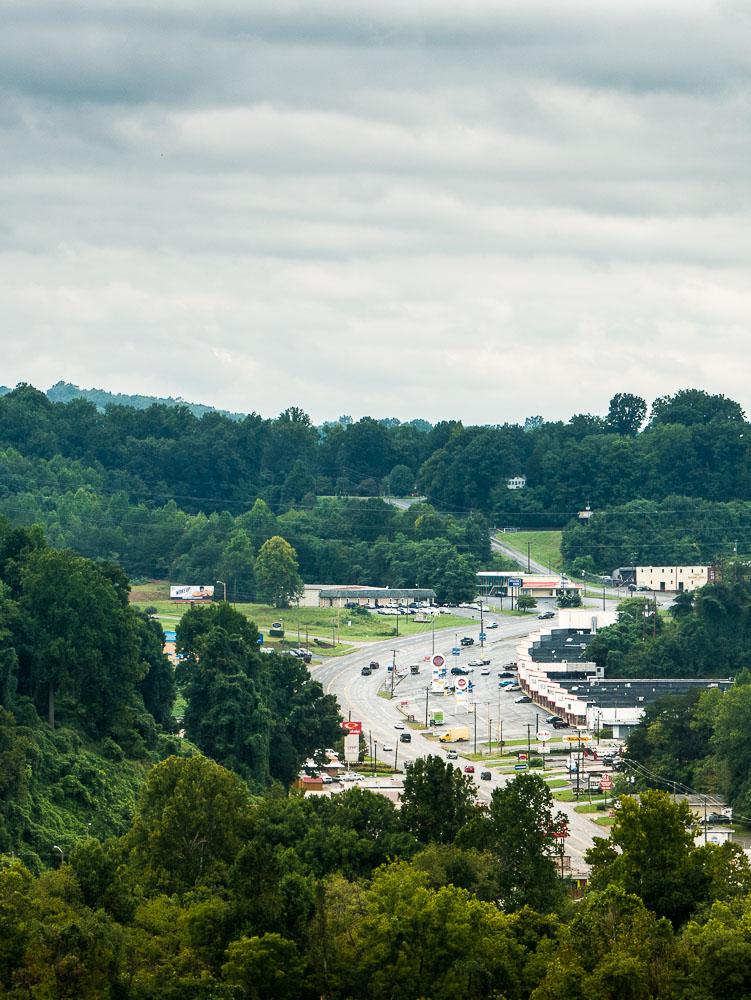 Martinsville, Virginia near where we live sits in the foothills of the Blue Ridge Mountains. There are certain locations in the city where I often go to view the surrounding low hills and far away higher ridges. It was a rainy and cloudy day when I decided to go take a look, seeking to capture some of the soft views I hoped to see, in black and white compositions. The view above looks down on a main highway through a portion of the outskirts of the city center. I include that to give you an idea of the relative elevation I was standing when I made the other photos elsewhere. 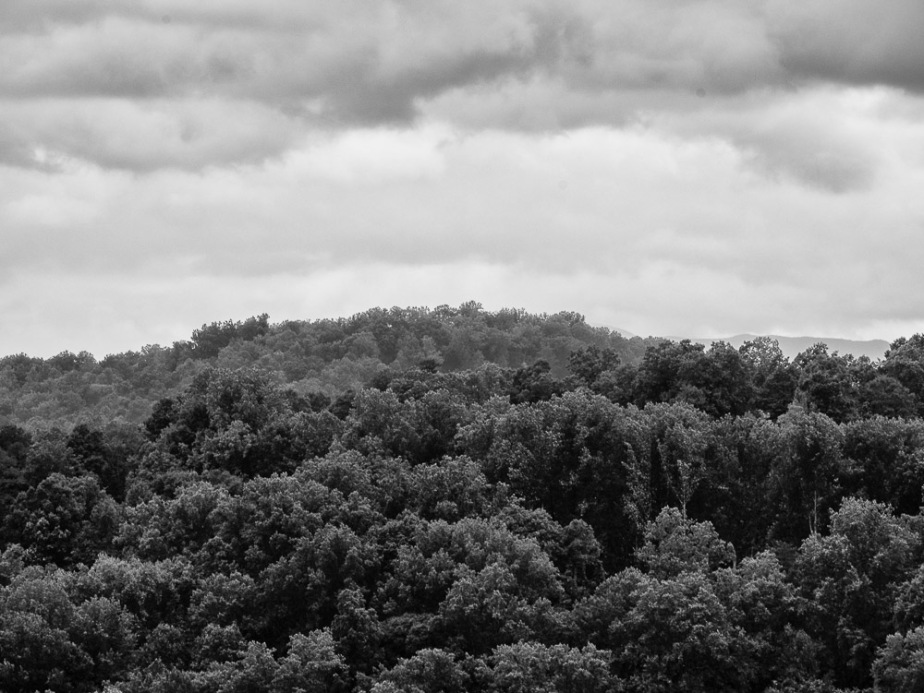 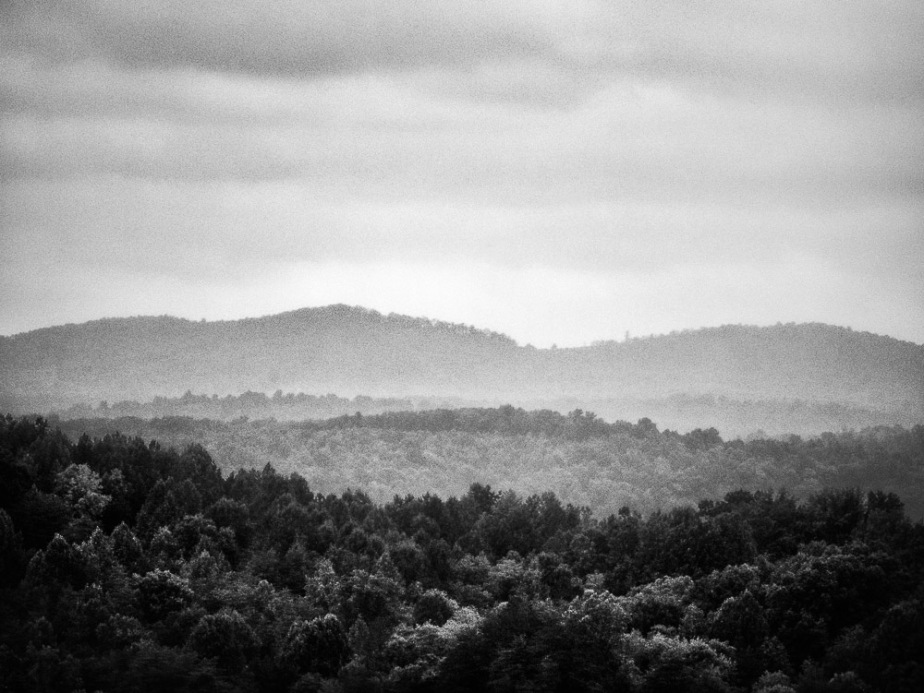 These two images are what I was looking for. I wish there had been some more fog in the valleys and along the ridges, but these two will do. 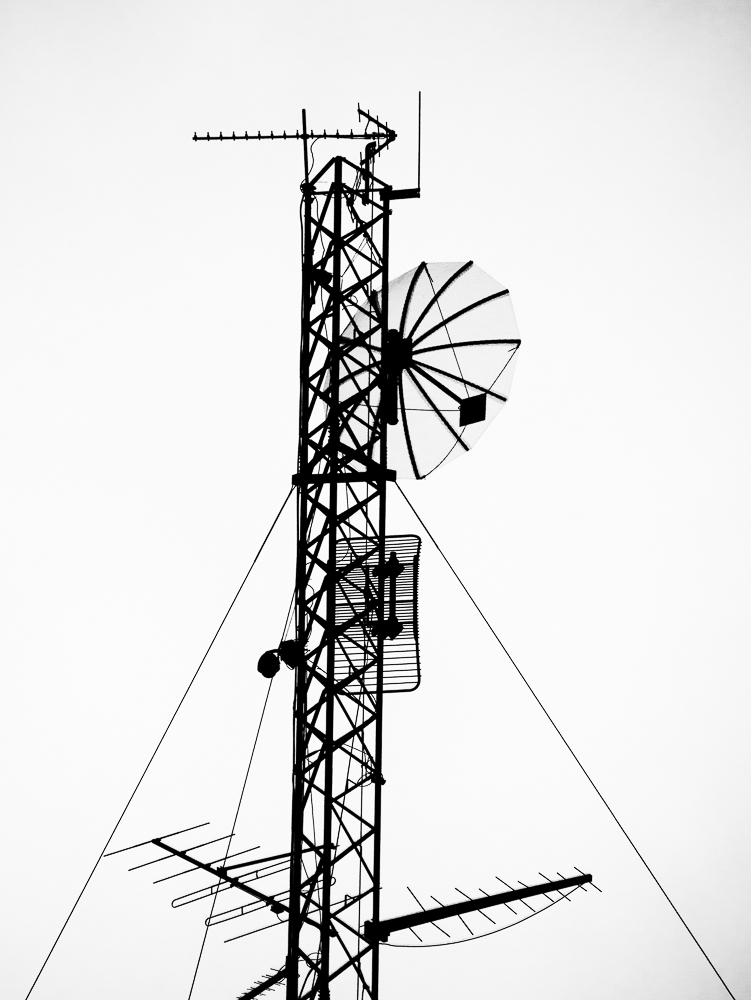 And, while I was standing up high, I looked even higher and saw this communication tower, which in high contrast black and white looks pretty neat in my opinion.

One thought on “A Cloudy, Rainy Day”